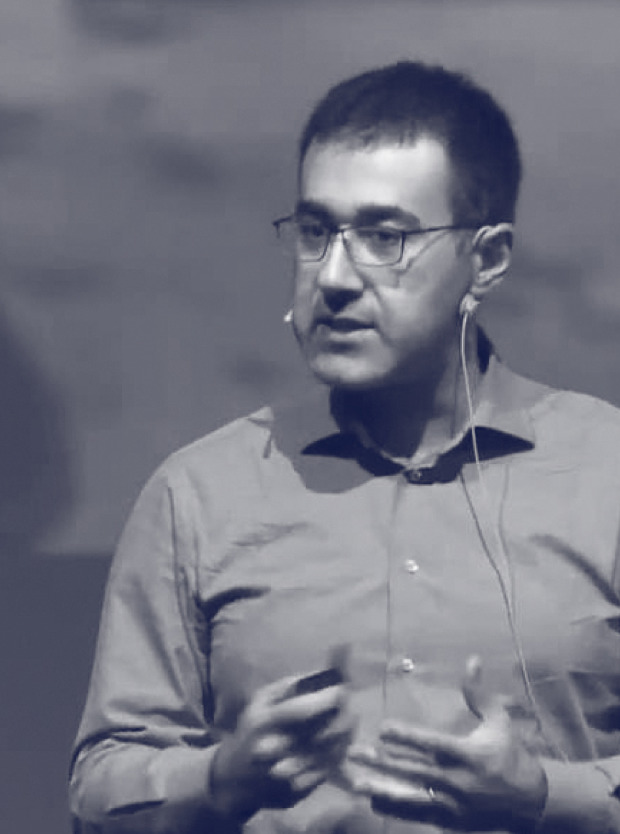 Head of Design at Garanti

Prior to joining Garanti, he was the product director for ÇiçekSepeti, the largest flower and gifting site in the world. Before ÇiçekSepeti, Aras was a Product Development Group Manager at Monitise, where his team of product managers and designers delivered top-notch digital experiences for leading financial institutions and e-commerce sites, such as İşBank, Visa, eBay, Turkcell and Turkish Airlines.

User Research for everyone

You can champion for great user research, even if you are not a designer or a researcher! We will cover a wide range of user research methods, learn to avoid common mistakes, and do case studies together to see how leading companies plan, execute and analyse user research in three simple steps. 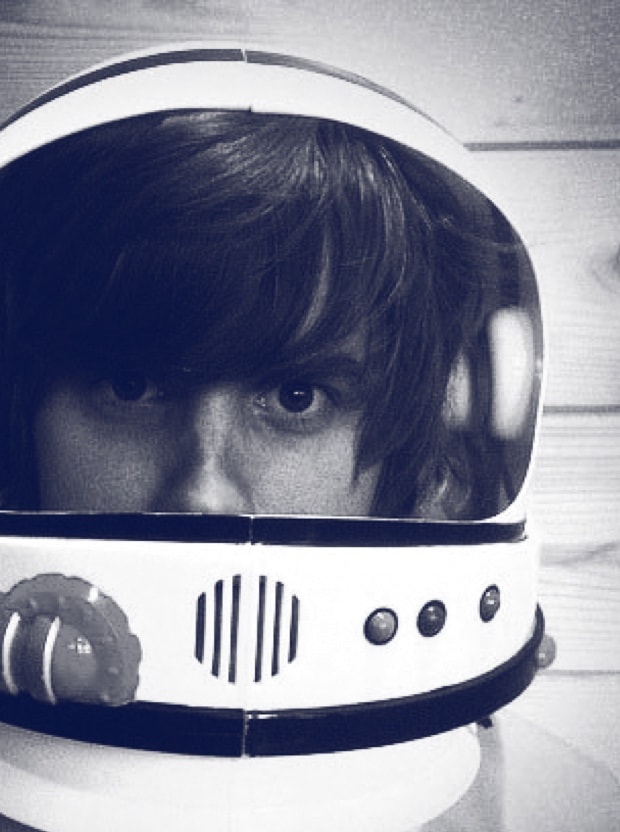 Brad Frost is a web designer, speaker, consultant, musician, and artist located in beautiful Pittsburgh, He has also helped create some tools and resources for web designers, including This Is Responsive, Pattern Lab, Styleguides.io, WTF Mobile Web, and Mobile Web Best Practices.

Nobody works alone in a vacuum, and successful work hinges on how well a team communicates and collaborates with each other. This talk will explore many methods, tools, and techniques teams use to produce great web experiences. How do front-end development teams make sure they write clean and consistent code together? How do designers ensure colors, typography, and other design elements are used correctly? What deliverables should be created in an effective web design process? How are decisions communicated with the team, stakeholders, and the broader organization? There are no “right” answers to these questions, but this talk will cover some important principles and helpful tactics to help your team make great work together. 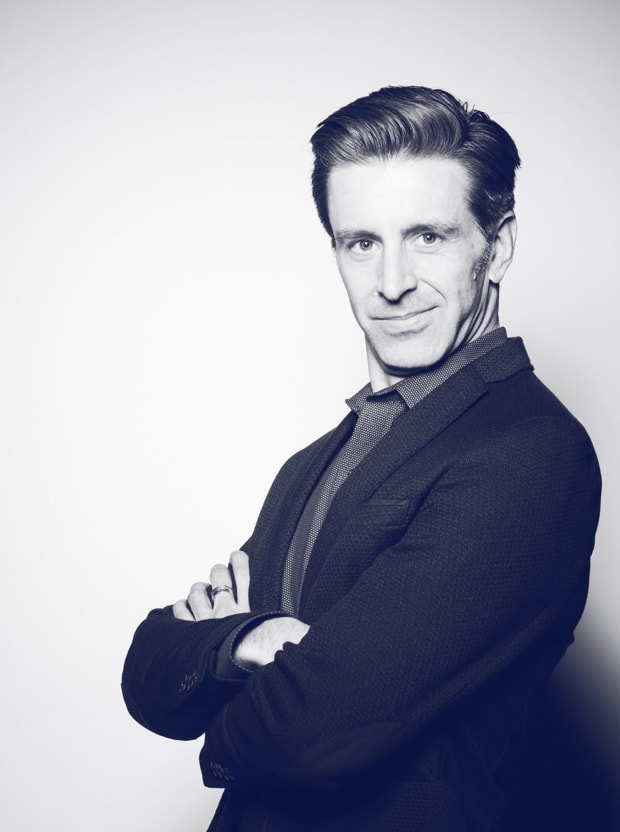 C. Todd Lombardo is a leader who wears many hats, all at once: Author, designer, scientist, professor, and visualizer. After originally beginning his career in science, C. Todd shifted his focus to product and design, ultimately innovating, designing, and managing products for countless companies large and small.

A product roadmap is not a release plan, nor a Gantt chart, so why do so many product teams conflate the two? Using case studies and personal experience, this talk walks through what a roadmaps is and how teams can leverage them for a successful product future. 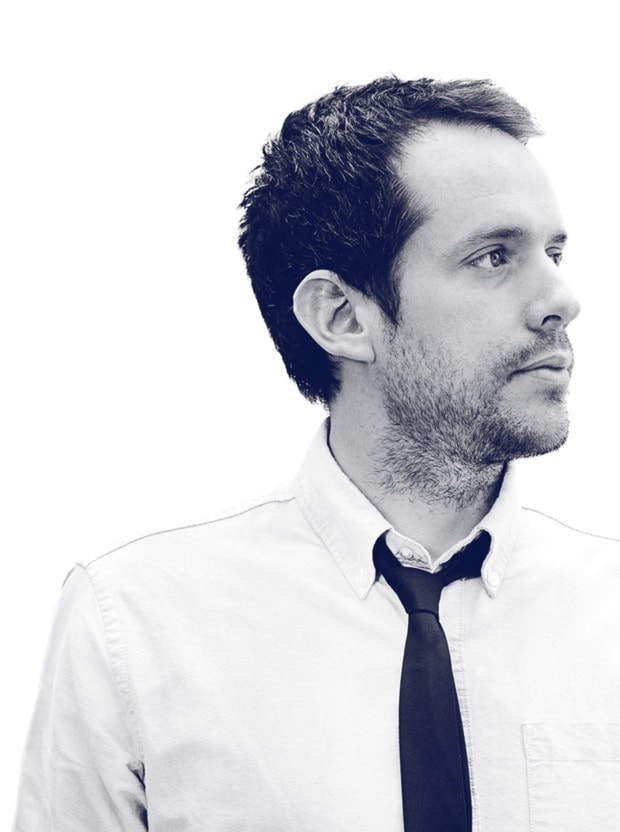 He's a regular design speaker and a casual writer.

“Home” is a talk about users’ digital life and designers’ roles in shaping them for the best. Home, understood as “the place where one lives permanently as a member of a household” is no longer a physical space for a vast group of people. Many of us find comfort in digital environments and use them for work and leisure and sometimes support.This talk aims to dig deeper into that relationship over time and discuss the key factors that will help designers keep and improve that connection between their products and their users.

Eduardo is a software engineer with a crush on the web. When he's not writing code or writing about writing code, you can find him advocating open-sourced software and rambling on about the importance of an open, democratic and accessible web. He creates tools like Staticman (https://staticman.net) or SpeedTracker (https://speedtracker.org) and spends his time working on a cutting-edge open-source web stack at DADI (https://dadi.tech).

Kinetosis, commonly known as motion sickness, is a condition in which a disagreement exists between visually perceived movement and the vestibular system’s sense of movement. Similarly, the way you think your website moves may be radically different from what your audience is actually experiencing. 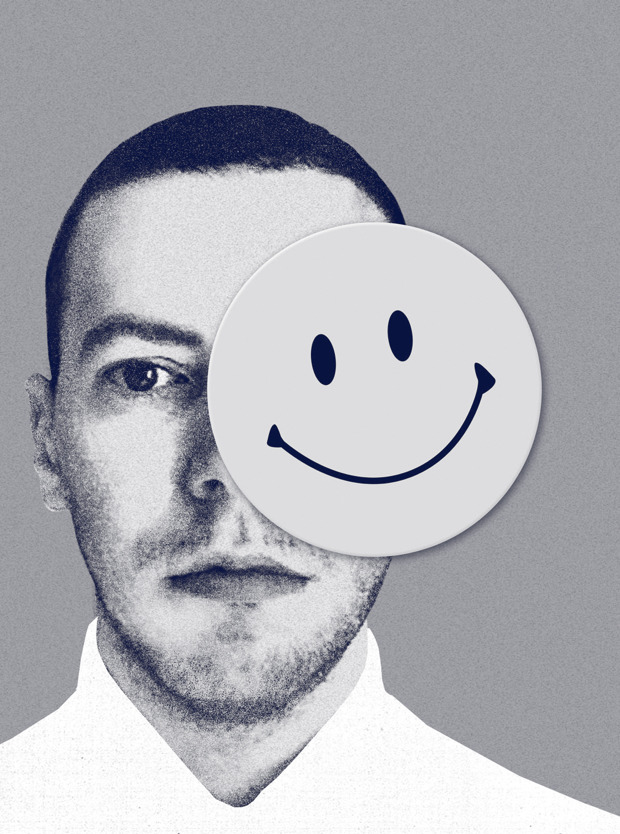 Frank Chimero (key-mare-oh) is a designer, writer, and illustrator. He runs a one-man studio from Brooklyn, specializing in publication design for page and screen, digital design systems, and image-making.

How to Tell When You're Tired

The most famous story about work comes from Greek myth: Sisyphus woke each morning to push a rock up a mountain, then the next day found the rock back at the bottom, his progress gone and the challenge reset. After 20 years of making websites, his story sounds familiar to me. If expertise is impossible because everything changes so frequently, how does a person develop wisdom about their work? How do you not burn out? Are these silly questions? Maybe, but change begins with diligent effort and a new perspective on the work. 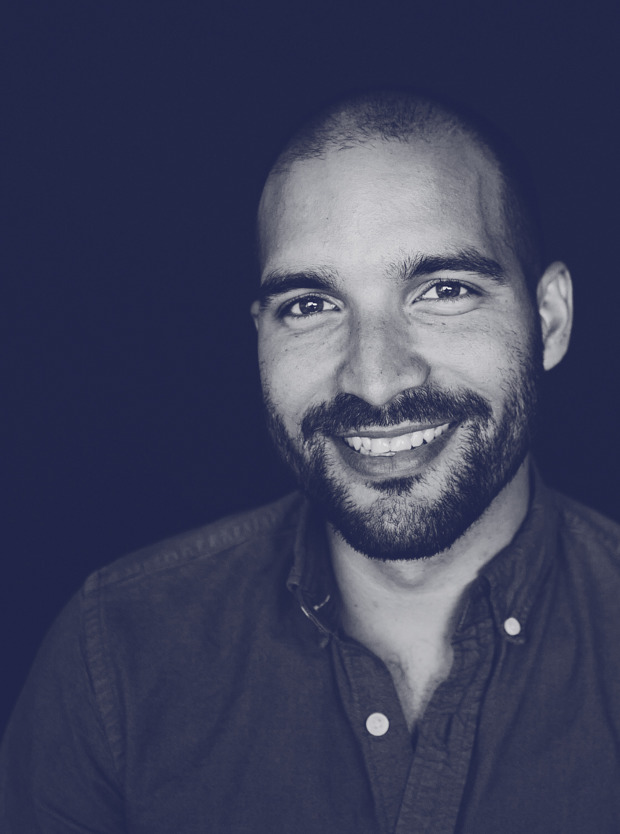 Gabriel is a Cuban Product Designer, based in San Francisco, currently exploring VR as a Lead Designer at Facebook. Most recently, he was part of the design team behind Facebook Spaces and Facebook 360 for the Oculus Rift and Gear VR, respectively. Prior to that, he spent a year in London building a product team and leading the design for Multi-Post Stories, a Facebook initiative focused around long form storytelling.

Designing Beyond the Screen

In this talk, Gabe will go over the process for designing Facebook's first VR app's Facebook 360 and Facebook Spaces for the Gear VR and Rift, respectively. The talk covers challenges unique to the new medium and how a product designers can transition from thinking in 2D to 3D. 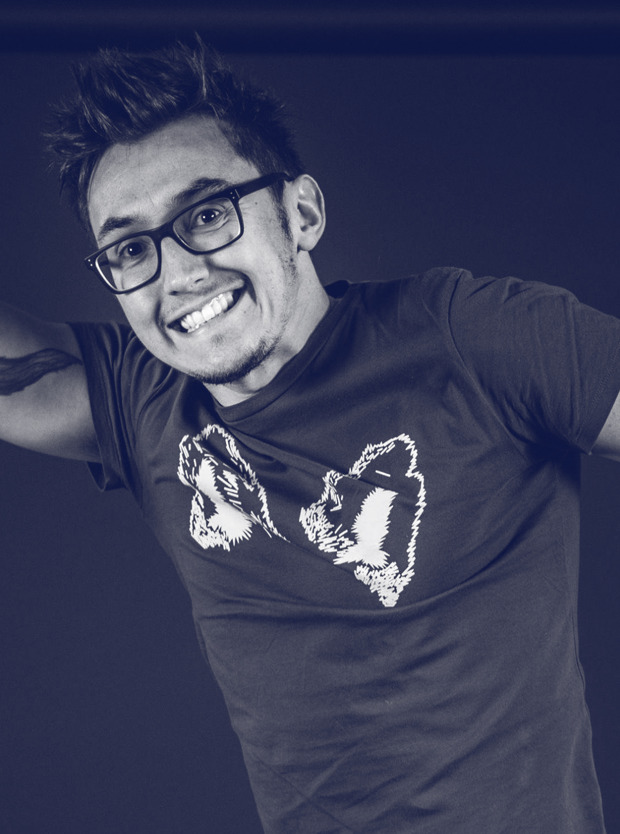 Although I wasn't meant to design and even less for the web, I am nevertheless Design Director and co-founder of Dogstudio, an international award-winning firm devoted to design, technology and all shades between those two disciplines. Over the last decade, I have worked to spread a culture of design based on quality, emotion and a sense of detail. It lead us to national and international collaborations with Microsoft, The Kennedy Center Washington, The Museum of Science and Industry of Chicago, Franco Dragone, and many others.

If you're a designer in 2017, chances are you fully integrate data and KPI in your daily life. That being said, if design’s first role is all about solving issues and making everybody's life easier through on point and smart decisions, we, at the very core of our human nature, are totally illogical and emotion-driven creatures. Let's break things, do a bit of neuroscience, and explore a painting-inspired take on the interactive design process. 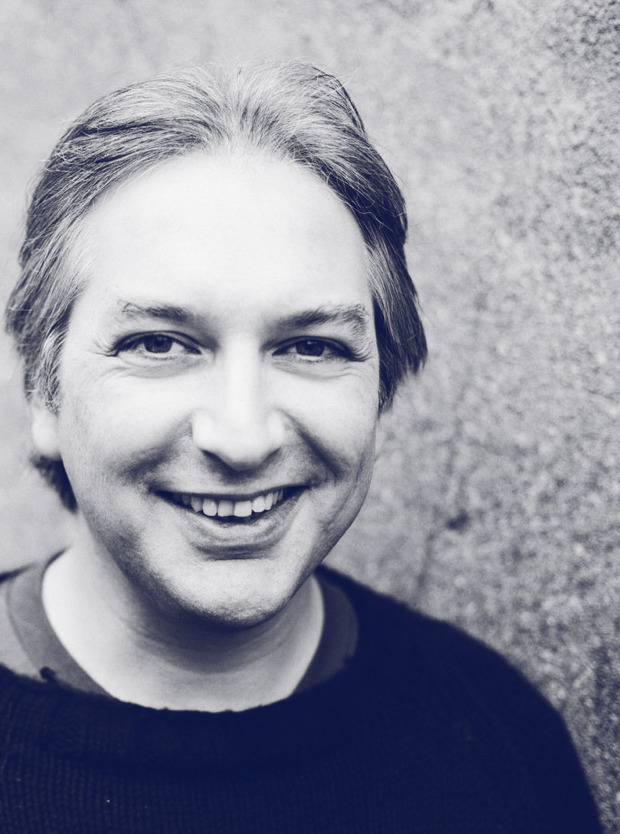 Co-found and technical lead at Clearleft

Jeremy made his first website for a band he was playing with in Germany in 1997. He founded Clearleft with Andy Budd and Richard Rutter in 2005, and now guides the company’s technical direction.

We work with technology every day. And every day it seems like there’s more and more technology to understand: graphic design tools, build tools, frameworks and libraries, not to mention new HTML, CSS and JavaScript features landing in browsers. How should we best choose which technologies to invest our time in? When we decide to weigh up the technology choices that confront us, what are the best criteria for doing that? This talk will help you evaluate tools and technologies in a way that best benefits the people who use the websites that we are designing and developing. Let’s take a look at some of the hottest new web technologies like service workers and web components. Together we will dig beneath the hype to find out whether they will really change life on the web for the better. 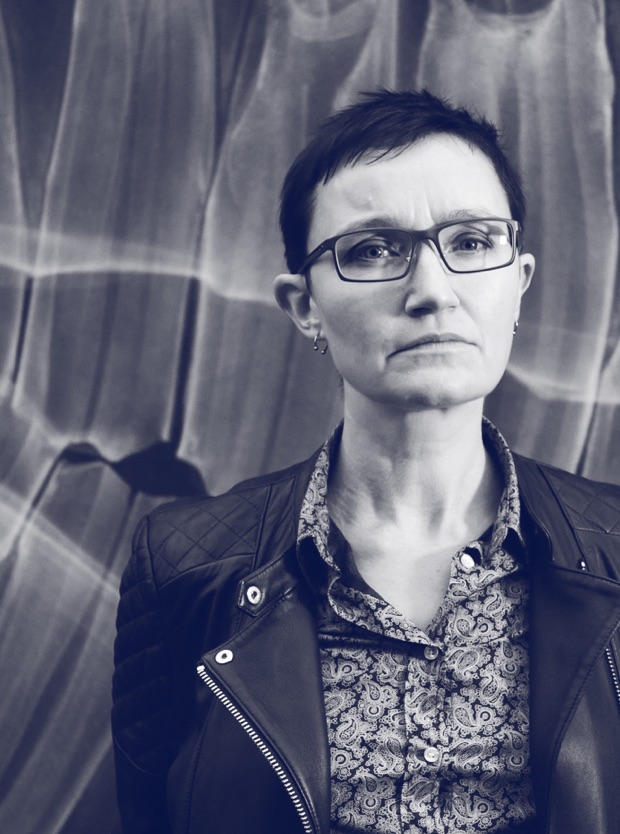 Rachel Andrew is a front and back-end web developer, author and speaker. Her books include the recent Get Ready for CSS Grid Layout and she is a regular contributor to a number of publications both on and offline. Rachel is co-founder of the CMS Perch, a Google Developer Expert and an Invited Expert to the CSS Working Group. She writes about business and technology on her own site at rachelandrew.co.uk.

CSS Grid Layout launched into the majority of our browsers in 2017. As designers and developers have started to use Grid I’ve been answering a lot of questions about the specification. In this talk I’ll answer some of the common questions about Grid Layout in production - from dealing with old browsers to what might come next in CSS for layout. There will be plenty of practical tips for you to use in your projects today. 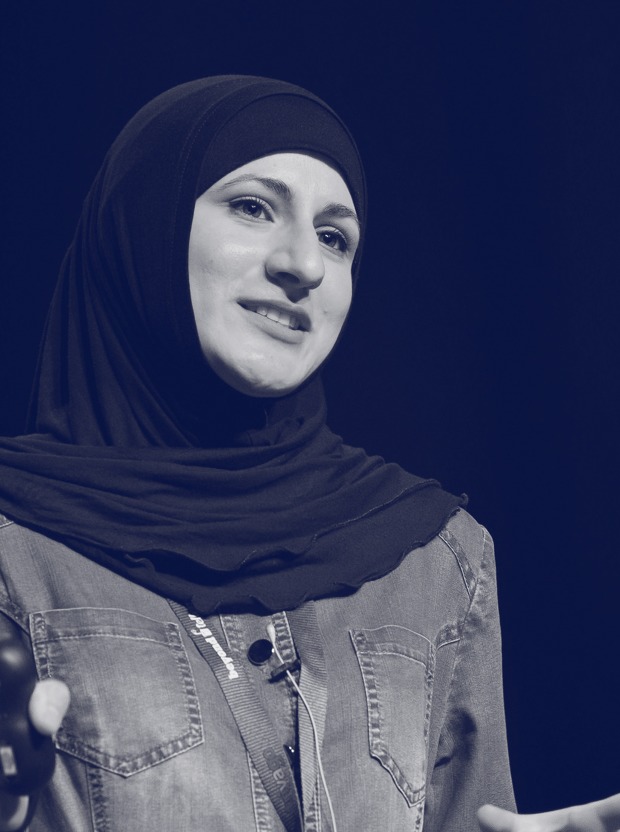 Scalable Vector Graphics, or Documents? Both. SVG may be known more as an image format, perfect for displaying icons and illustrations, including animated ones. But there are other aspects of SVG that make it as powerful as it is, and those aspects stem from its nature as a document format, as well as its graphical nature. In this talk, Sara is going to highlight some SVG's document side and show you how it can be leveraged to improve and optimize the way we deliver content such as text and images for the Web, including SVG itself. 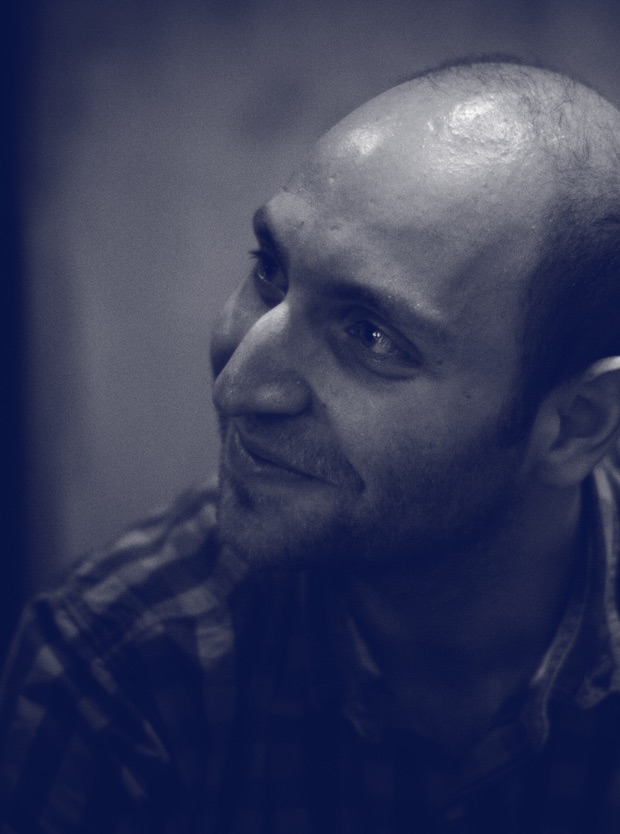 You’ve been there: big bang redesigns are usually a very, very bad idea. Redesigning and rebuilding an existing website from scratch is risky and unpredictable, and in many cases the level of complexity is highly underrated and underestimated. In mid-2016, Smashing Magazine has decided to make a big switch from the existing WordPress setup to an entirely new design, entirely new architecture (JAM Stack) and an entirely new, GitHub-based, editorial workflow.

In this talk, Vitaly Friedman, editor-in-chief and co-founder of Smashing Magazine, will share some of the insights into Smashing Magazine’s Relaunch in 2017 — with decisions made, failures, successes, lessons learned and shady’n'dirty techniques used along the way. Among other things, you’ll learn how Smashing Magazine uses HTTP/2, service workers and server-less architecture with static site generators to boost performance, with a dash of React, Preact, CSS Grid, calc(), a bit dirty CSS and the peek into the new GitHub-based editorial workflow here and there. Beware: the session will contain at least 27 illustrations of cats!

Keep in mind: you won’t be able to unsee the things you’ll see in this session. Yes, it’s going to be dirty, tricky and horribly annoying at times. You’ll leave with a toolbox of practical techniques that you’ll be able to apply to your work right away. And potentially some tips for saving money on airfare, too!